This year's concert was billed as 'an enchanting array of songs from stage and screen to transport you into a captivating world of wonder, featuring some of the best songs and music from current "smash hit" West End and Broadway Musicals, Operetta and Opera'.

The theme for the concert was Magic, with music from opera, musical theatre, film and television.

The show was designed to be a 'cross' between the previous Sounds Familiar Concerts and the recent French and Italian Collections with the cast singing choruses and solos and ensembles being staged individually.

It was directed by Lynda Barrett - her 'first' show for The Opera Club - and introduced Judith Gonsalves as Musical Director.

The finale was a selection of songs from our next show - 'Children of Eden' - which was directed by Helen Hardwick, with musical direction from Angela Barker and choreography by Audrey Lucas. 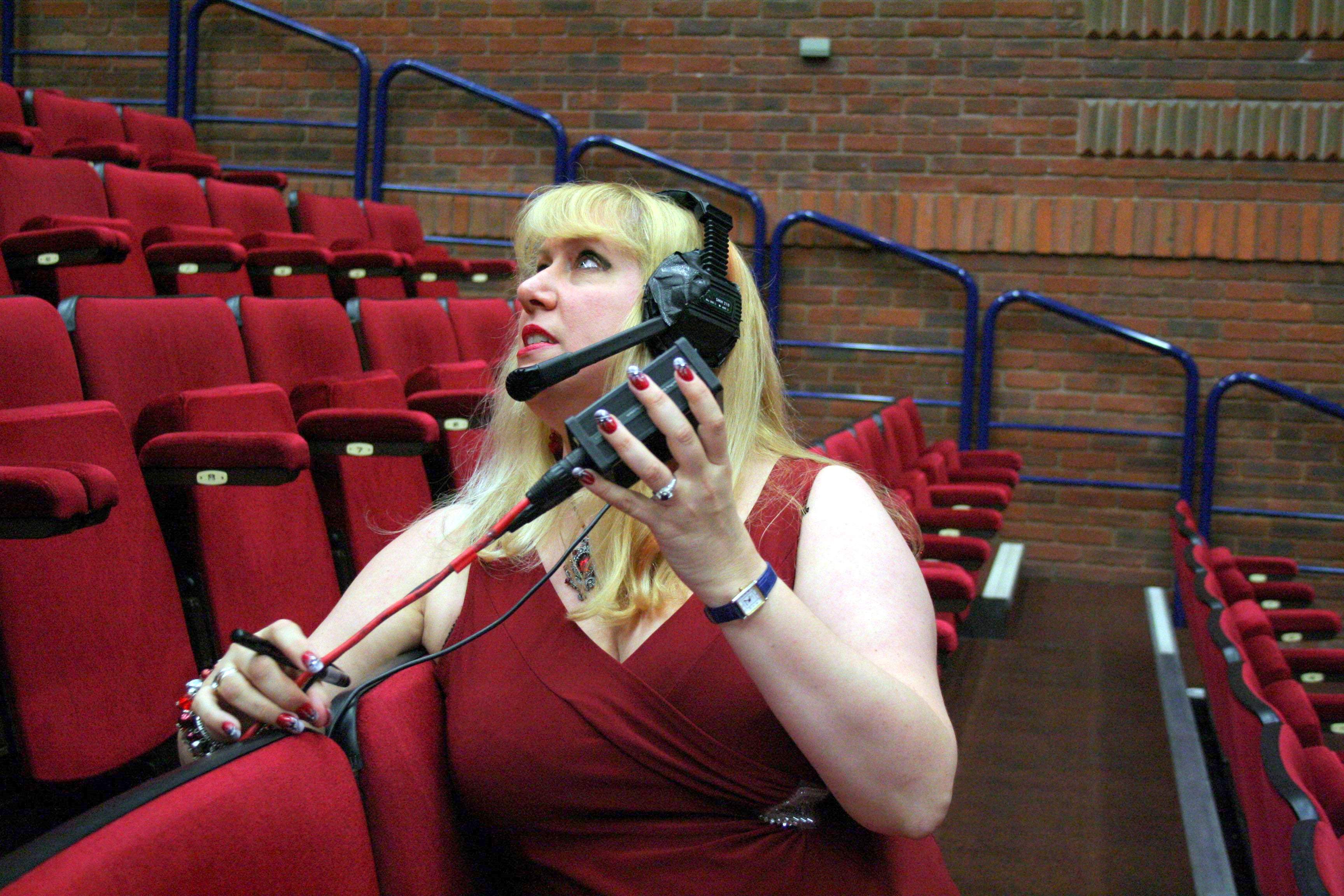 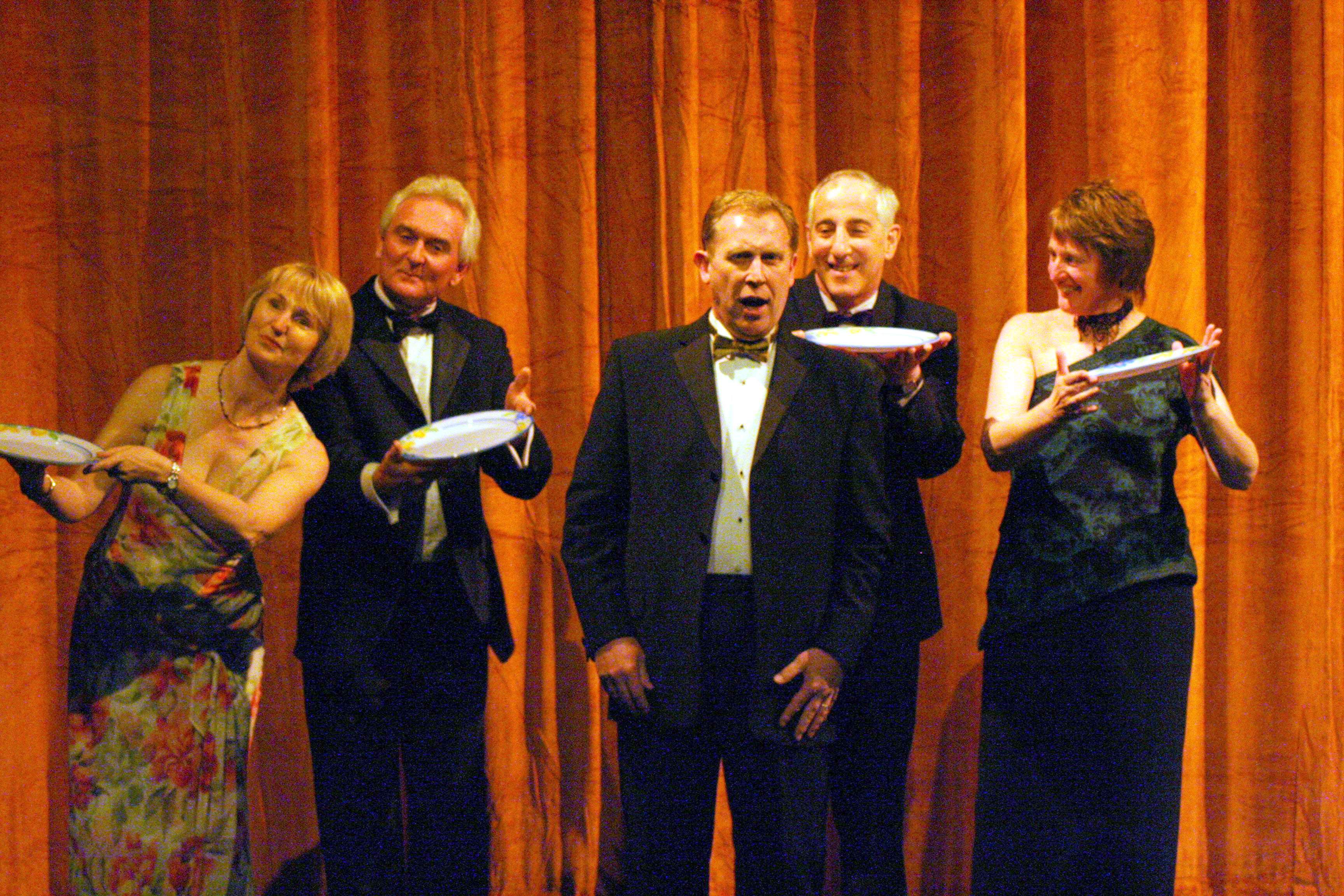 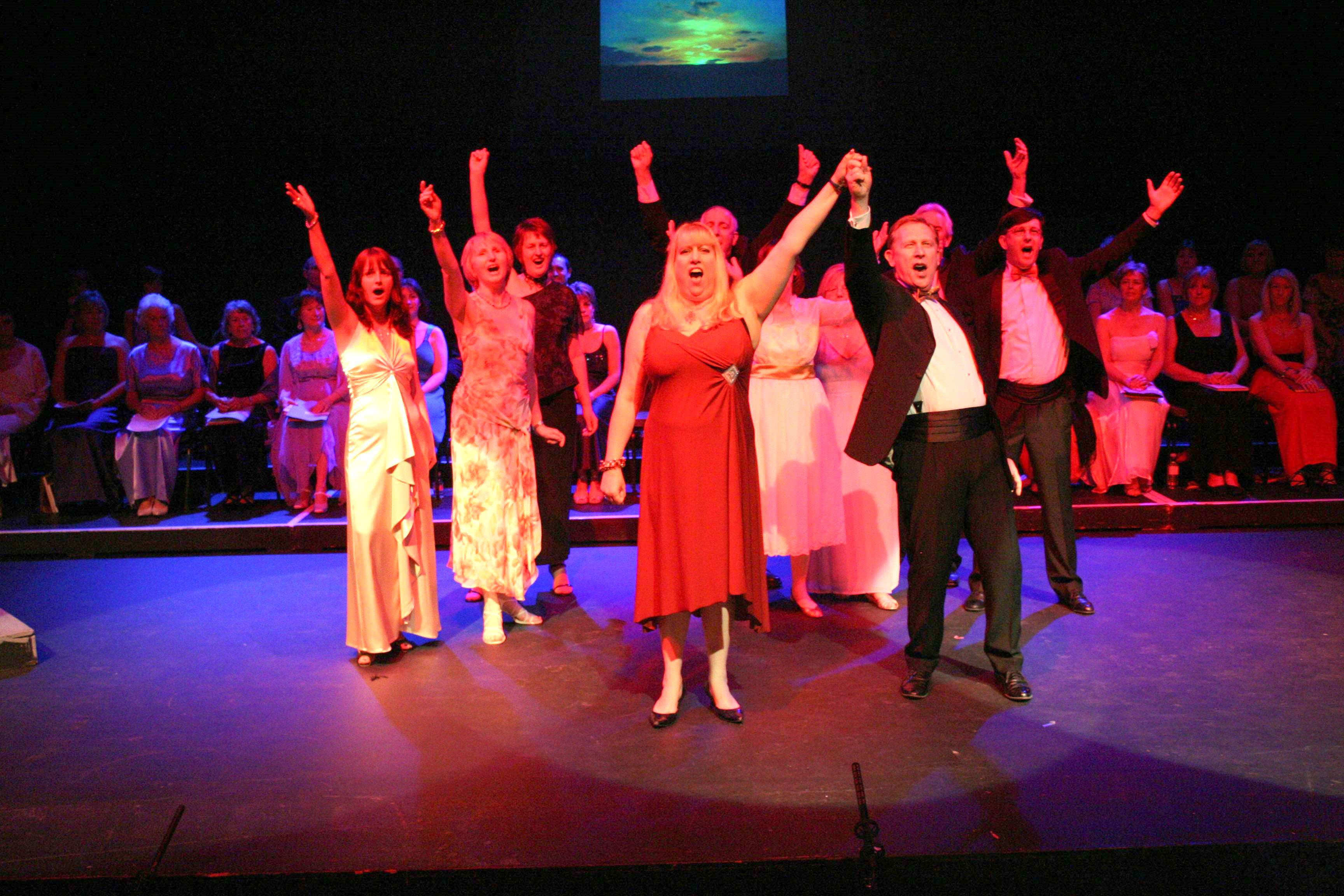 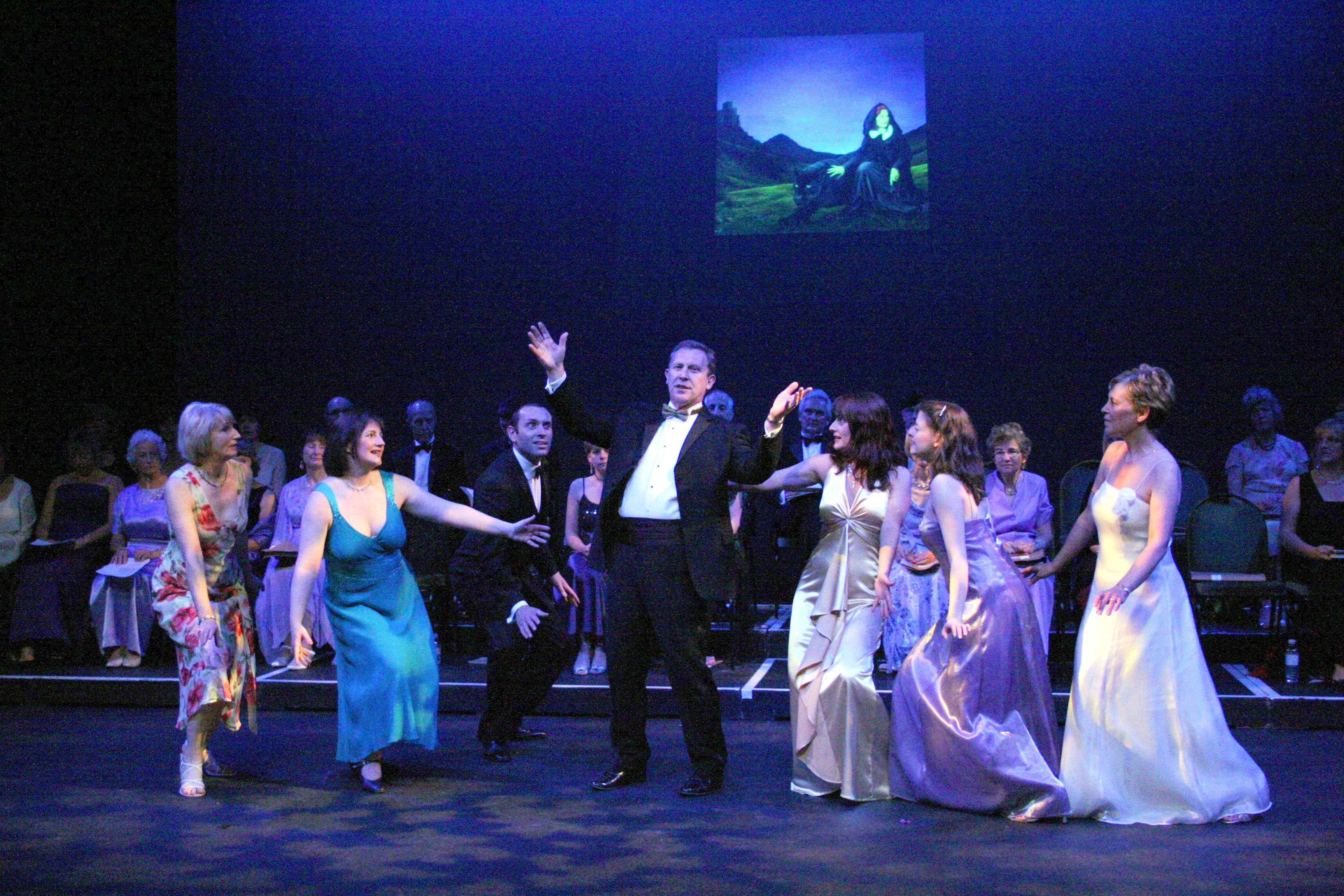 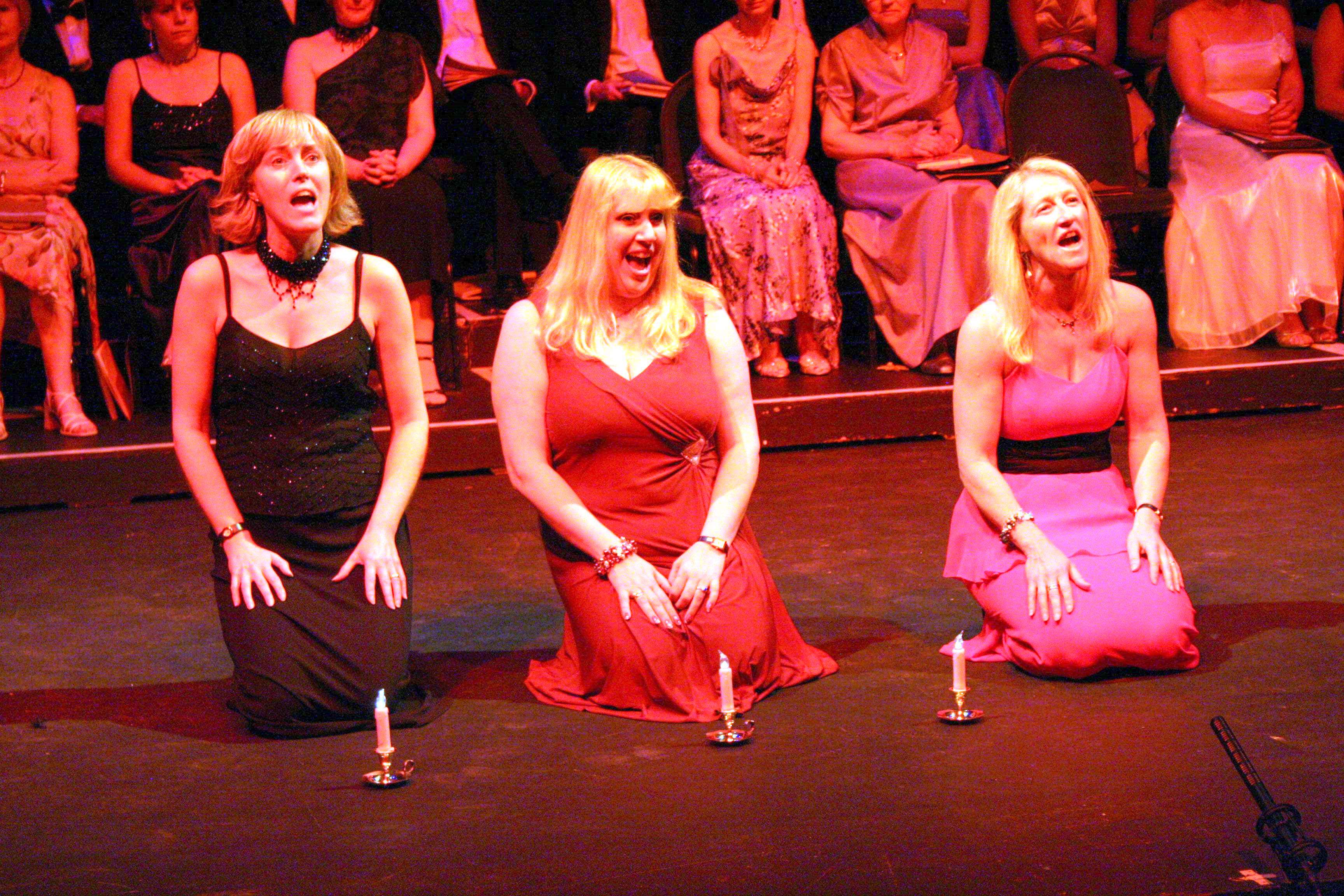 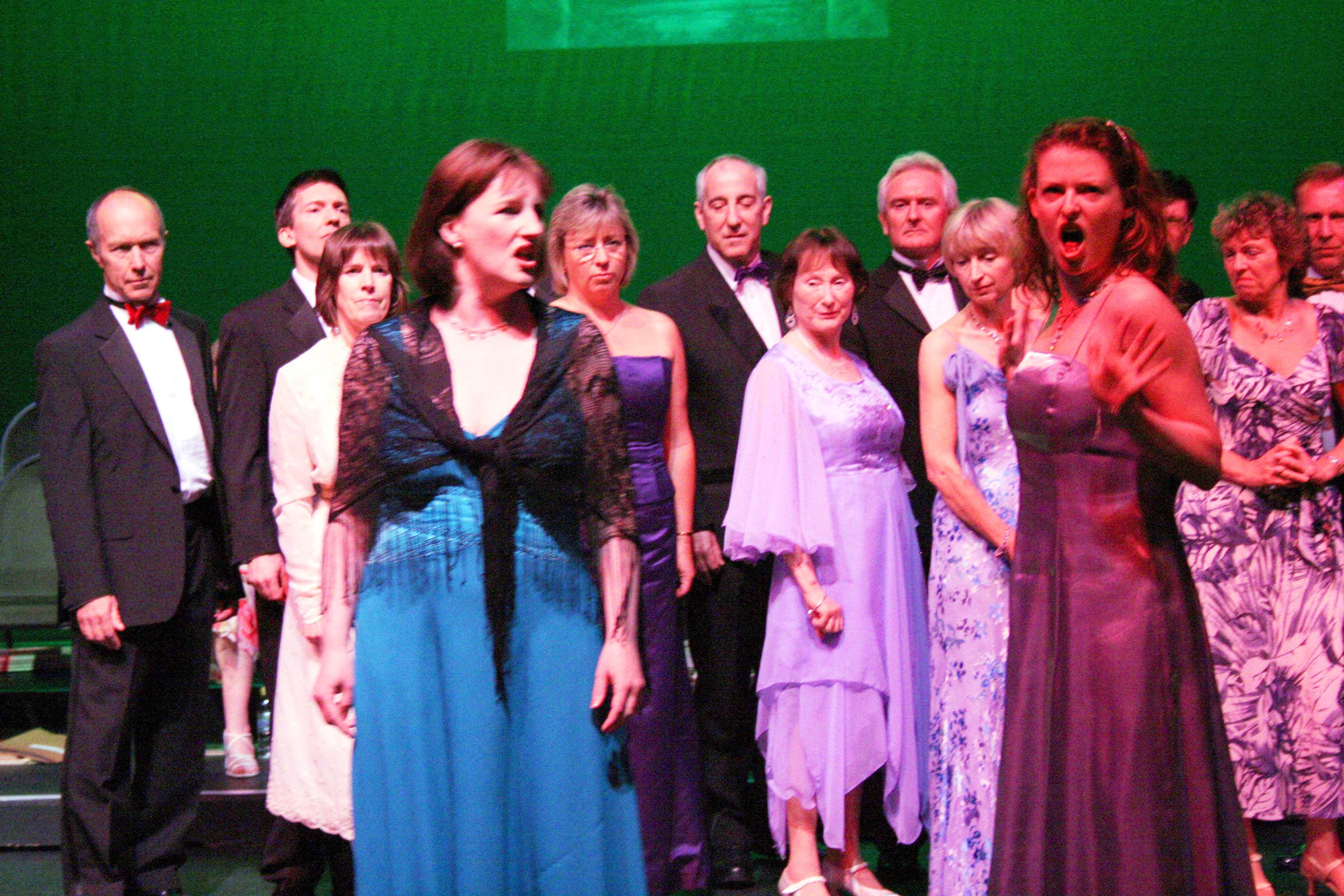 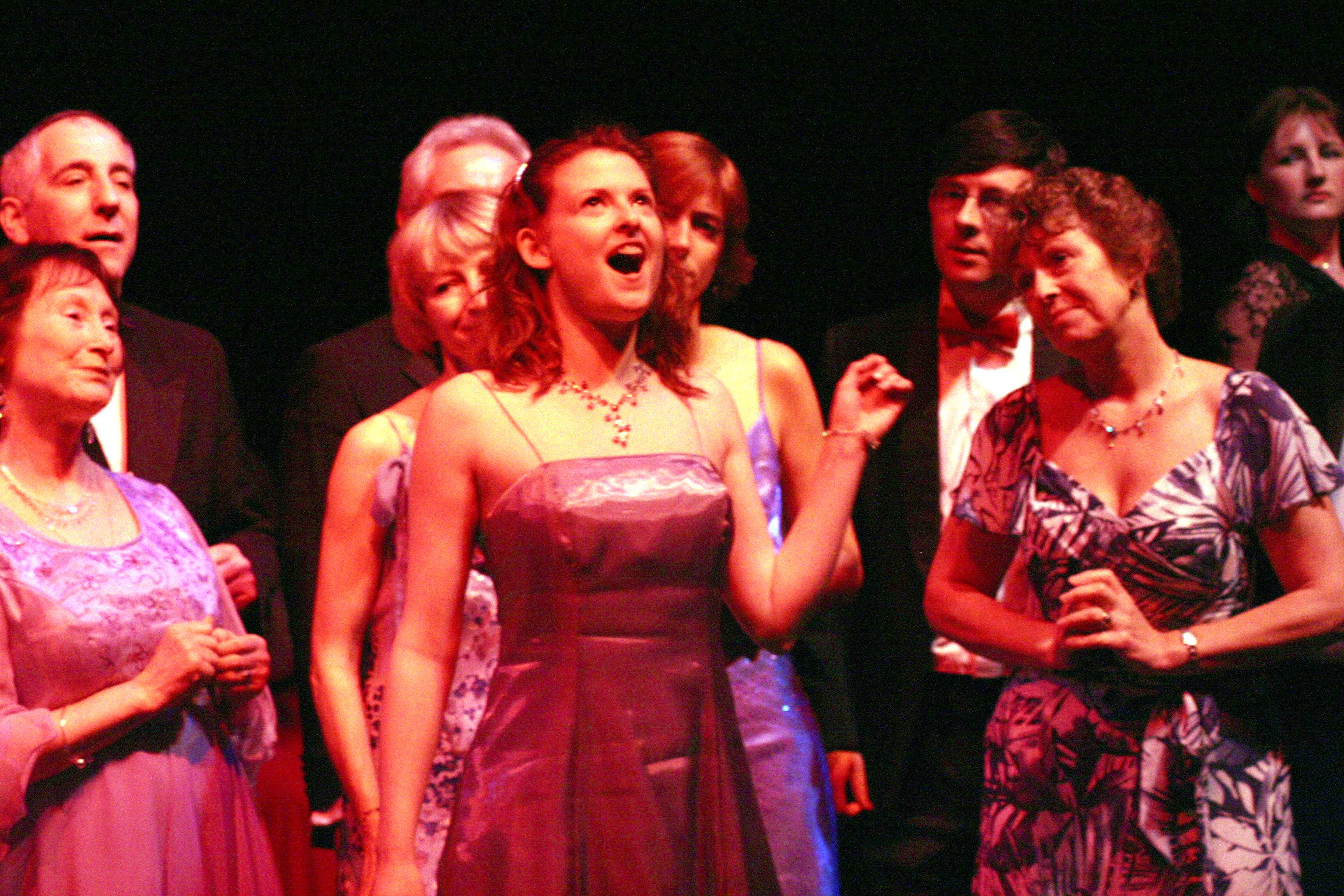 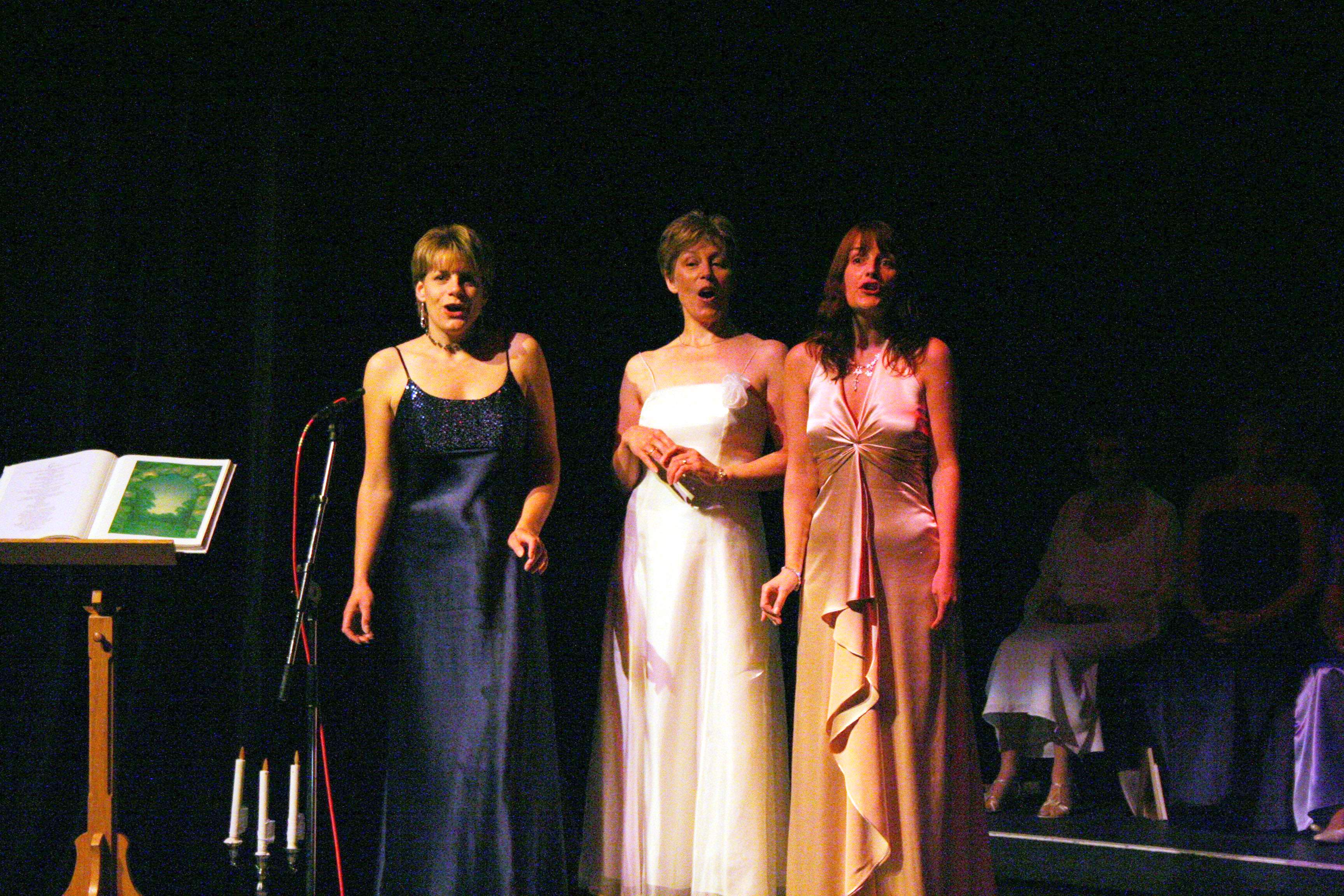 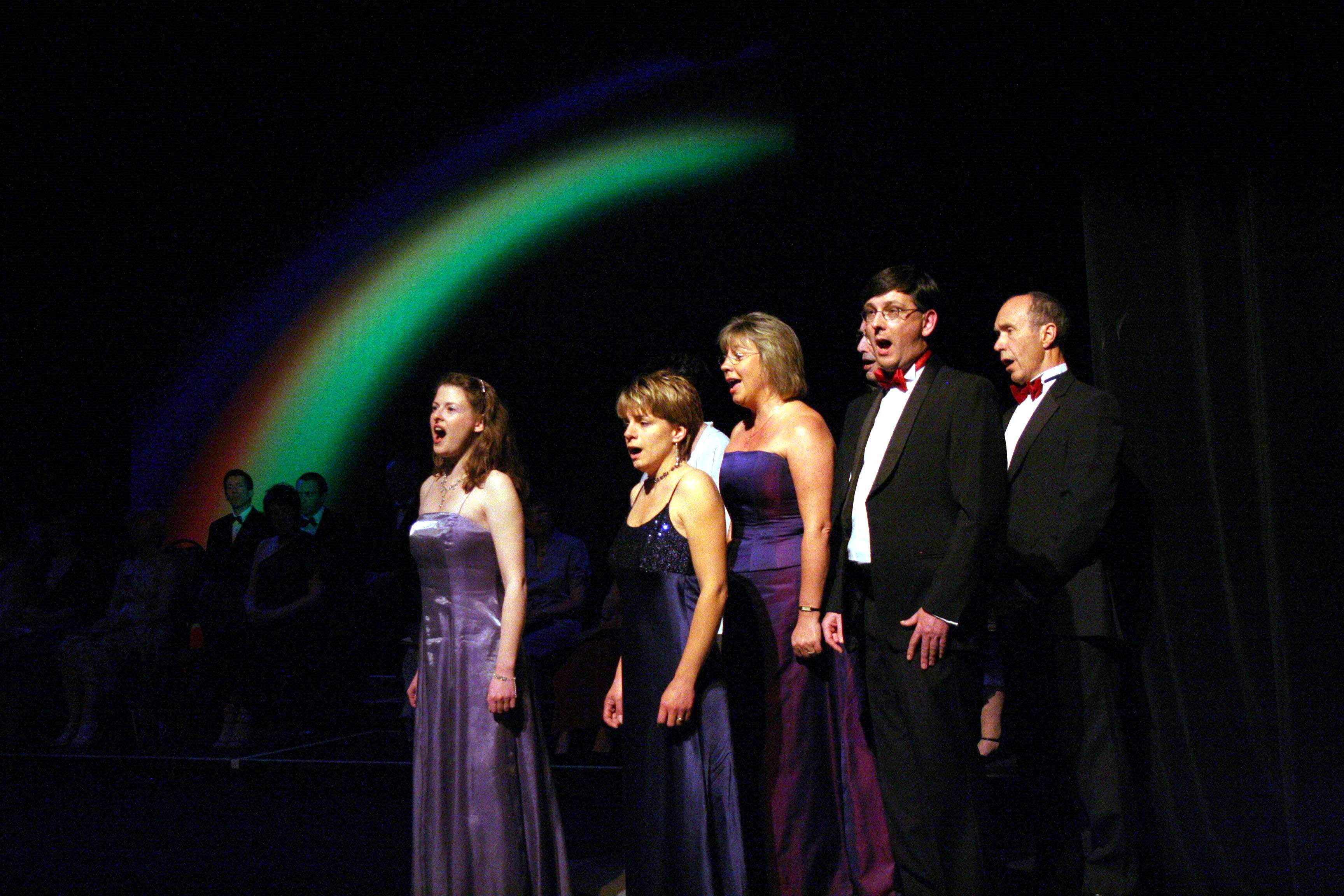 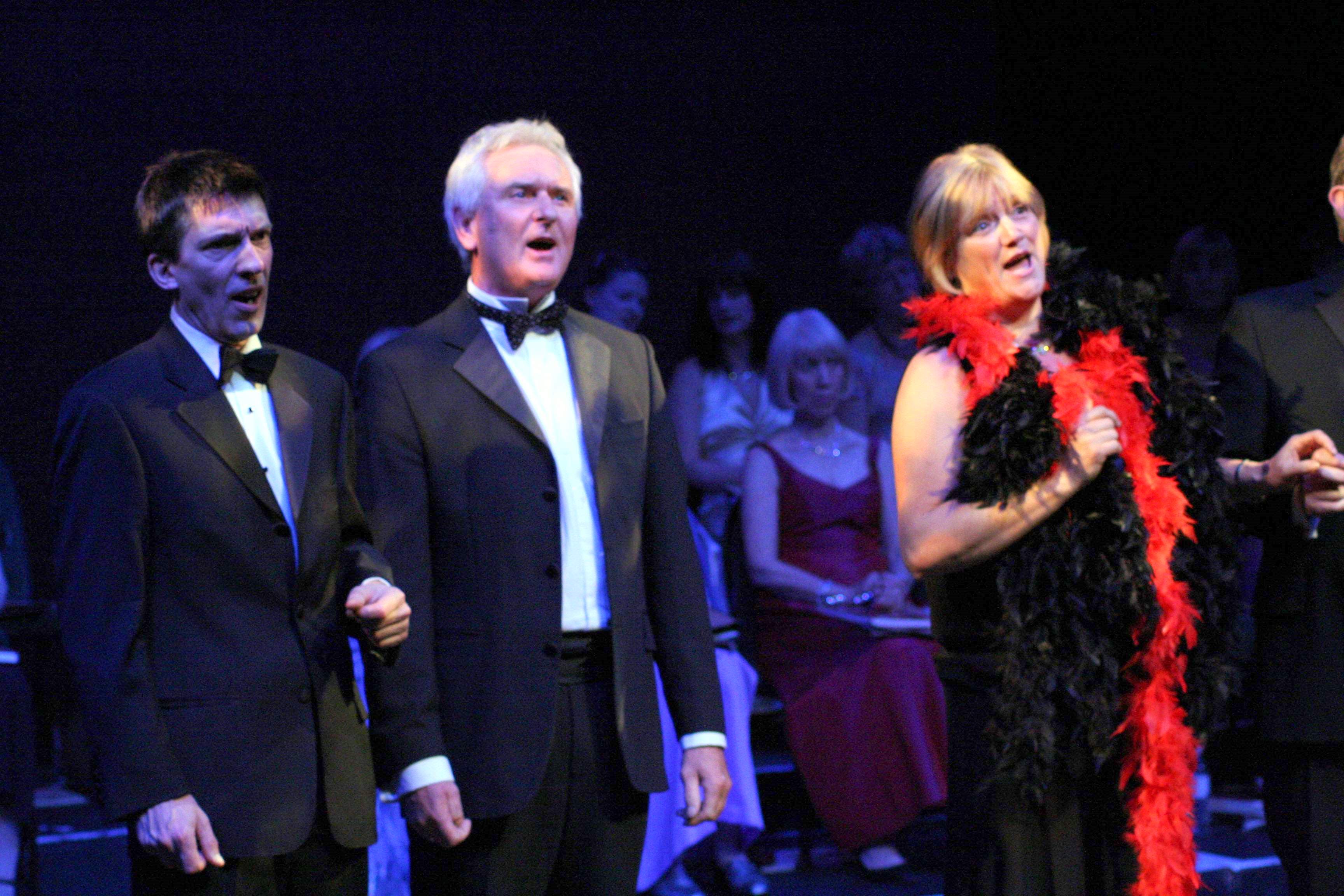 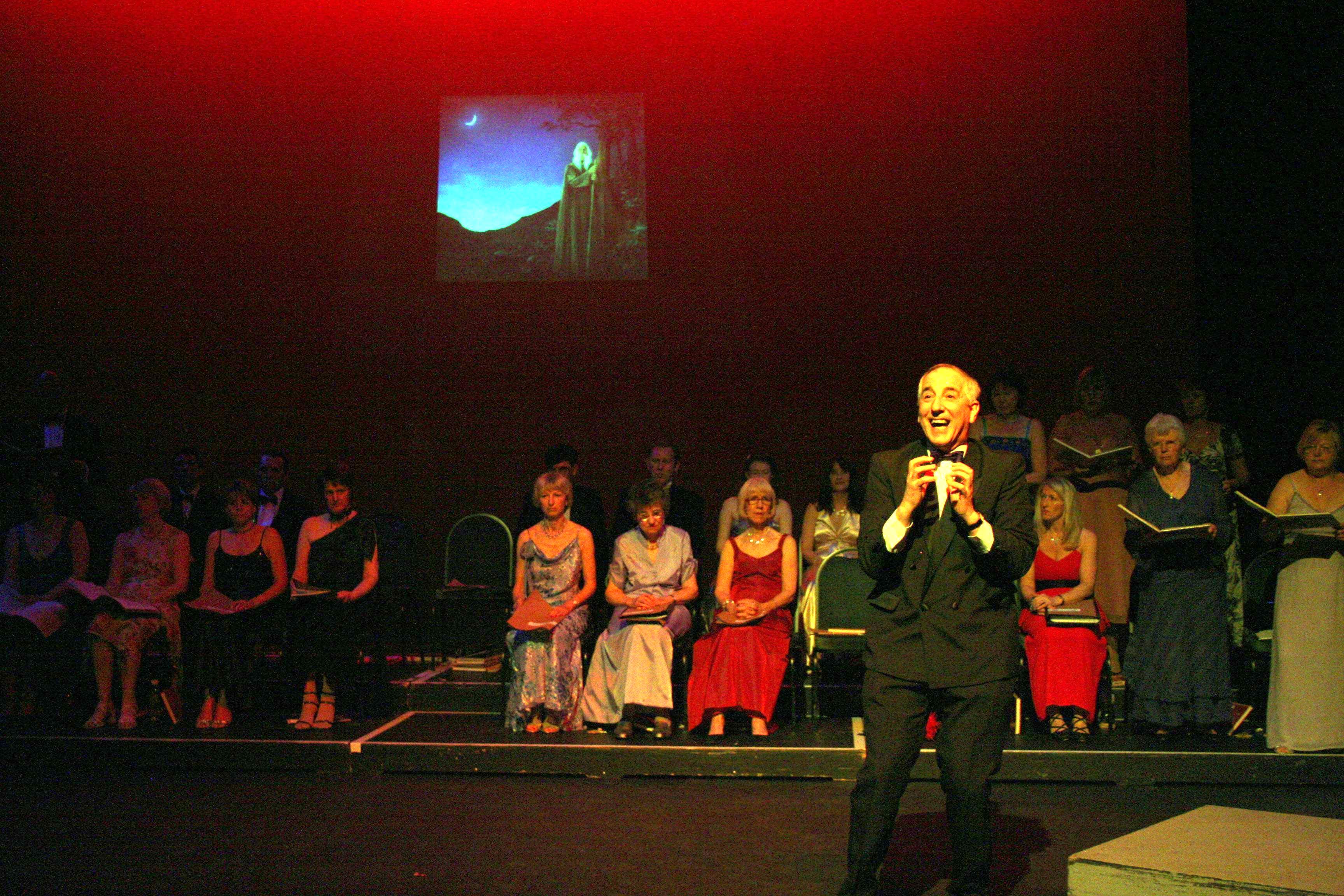 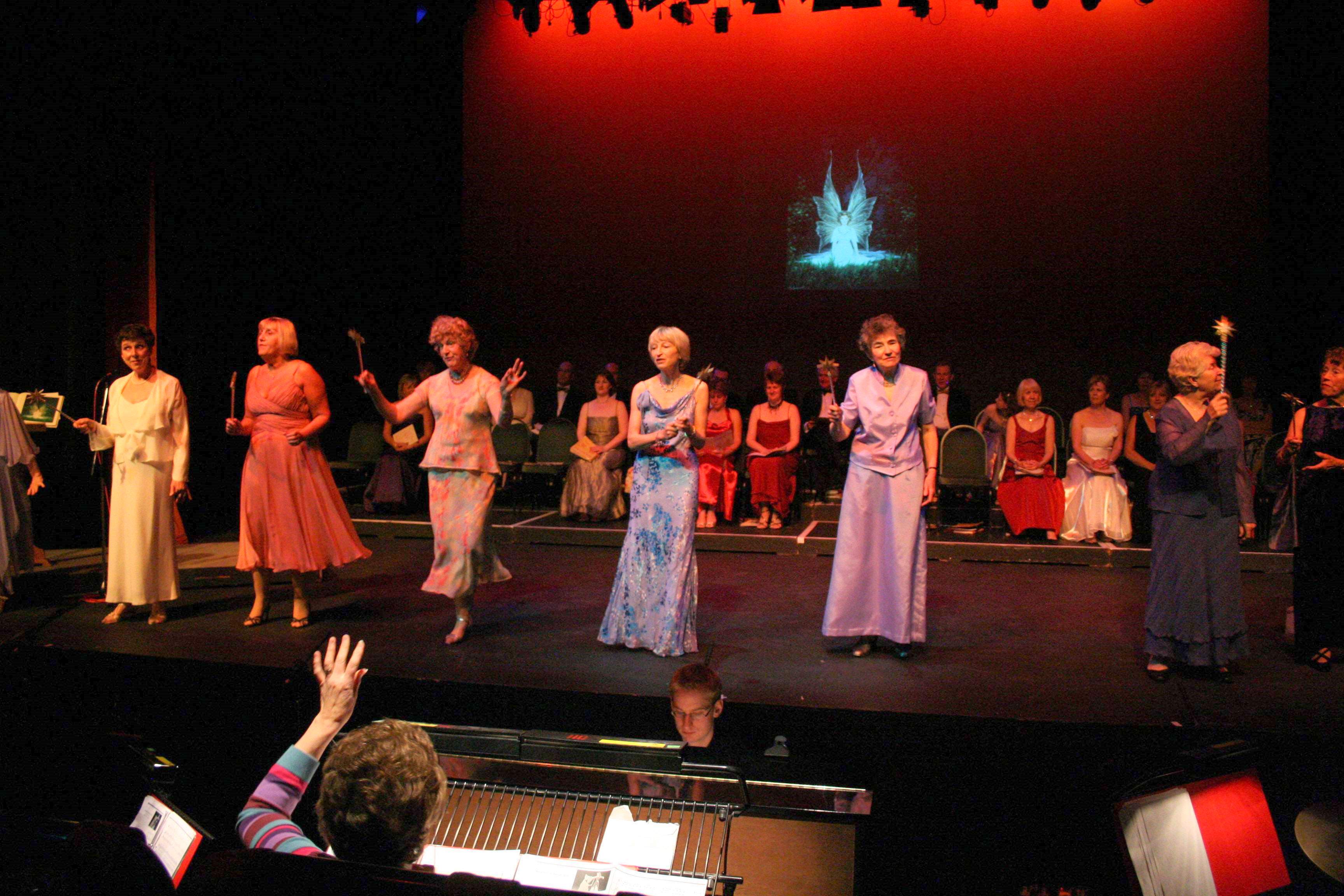 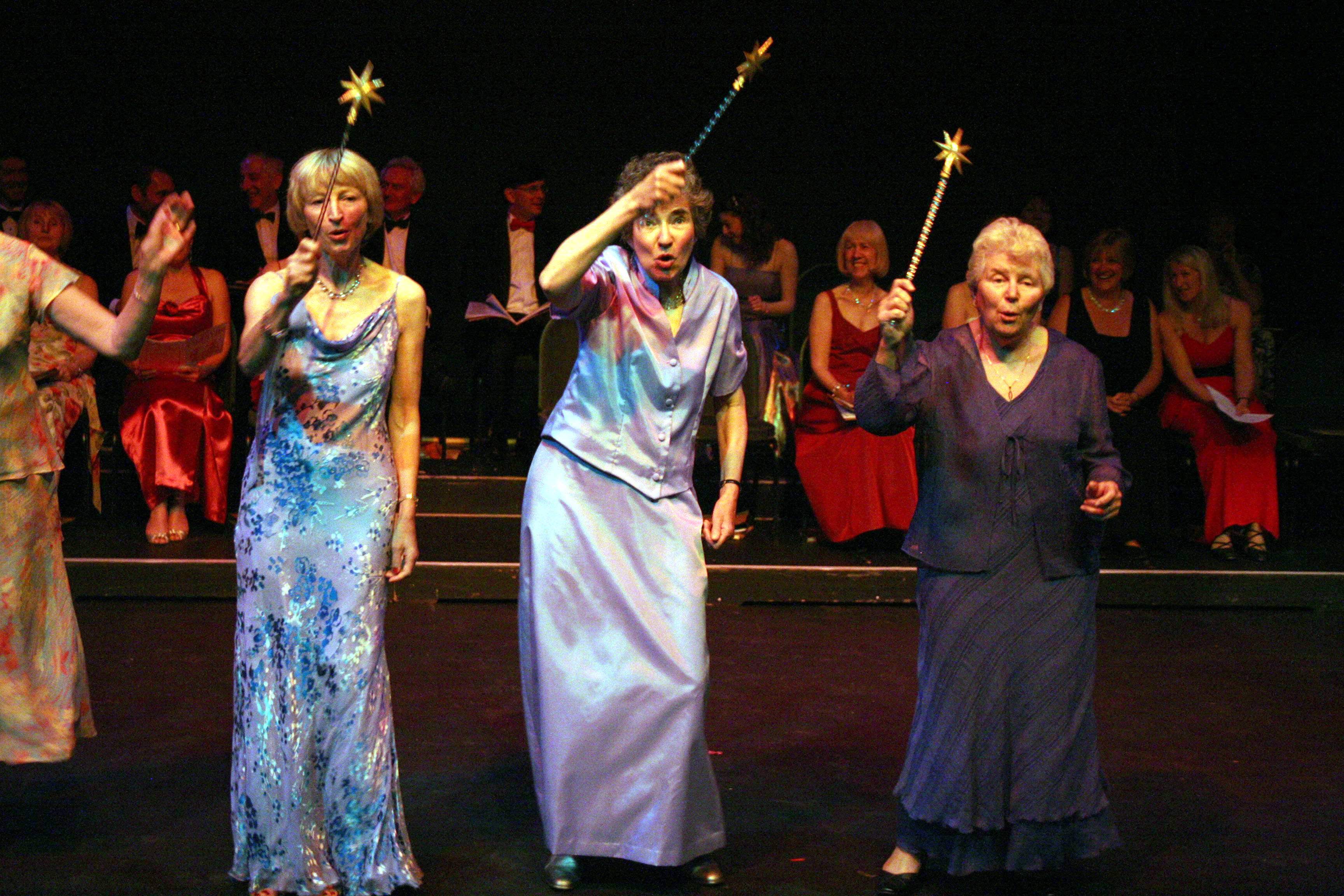 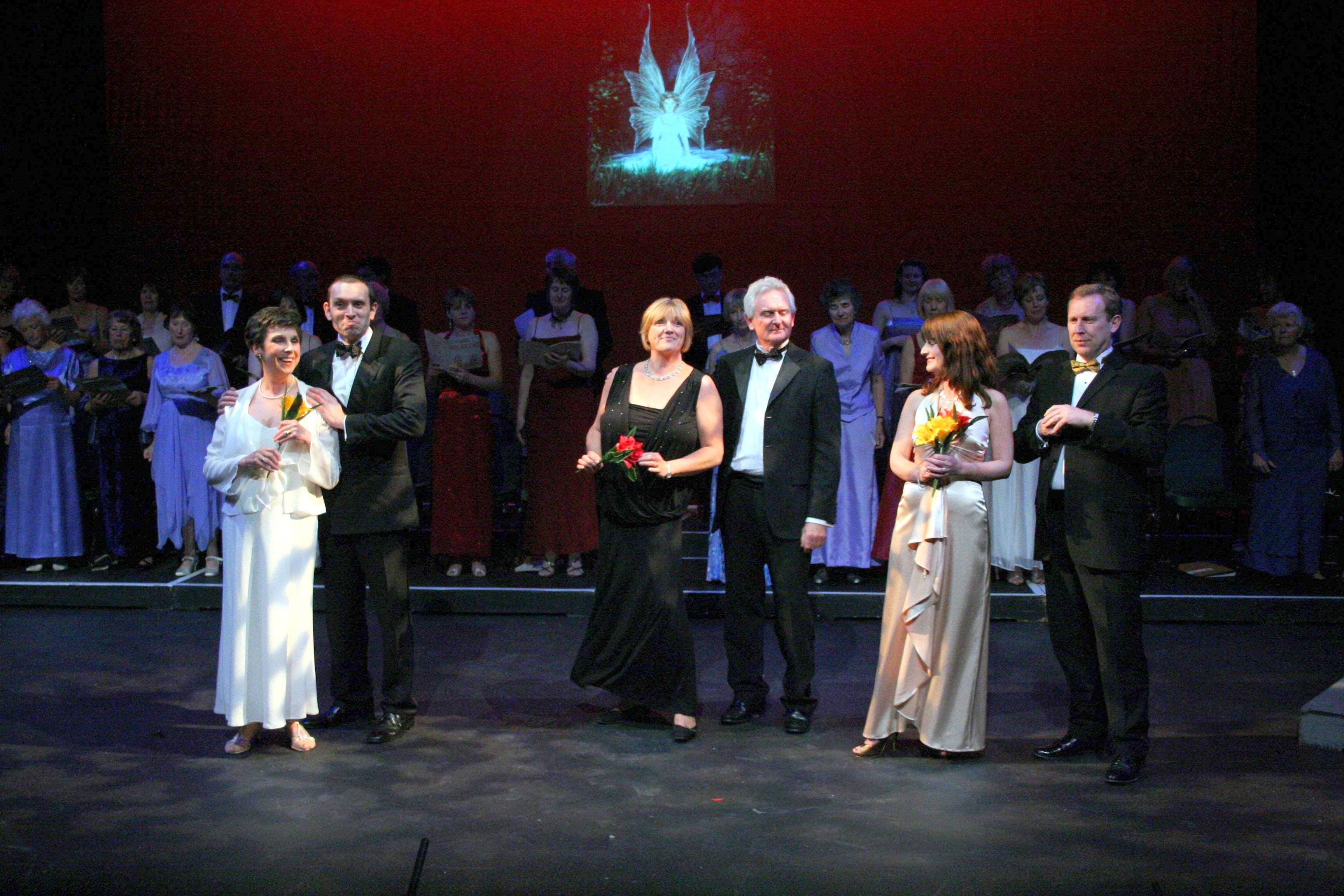 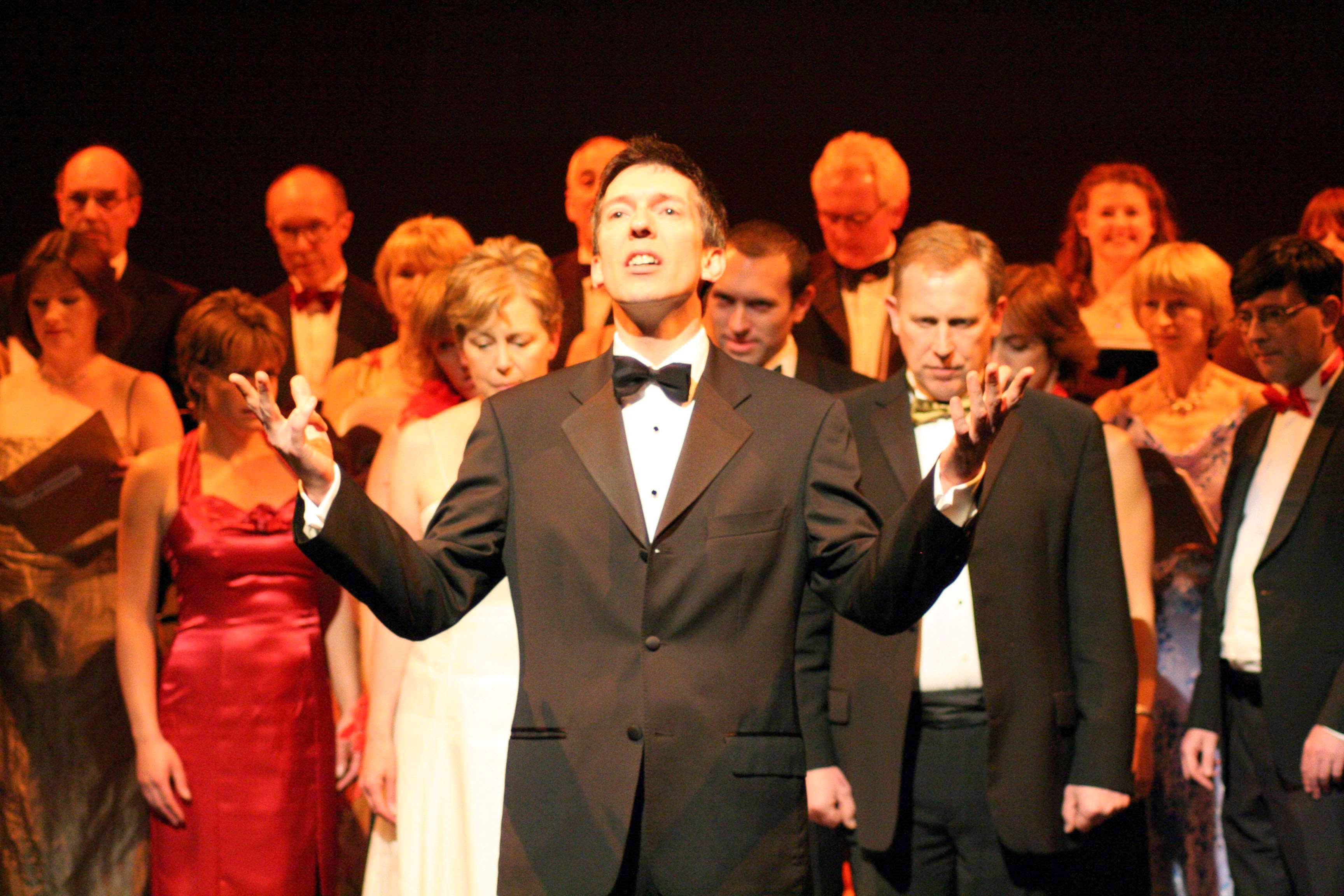 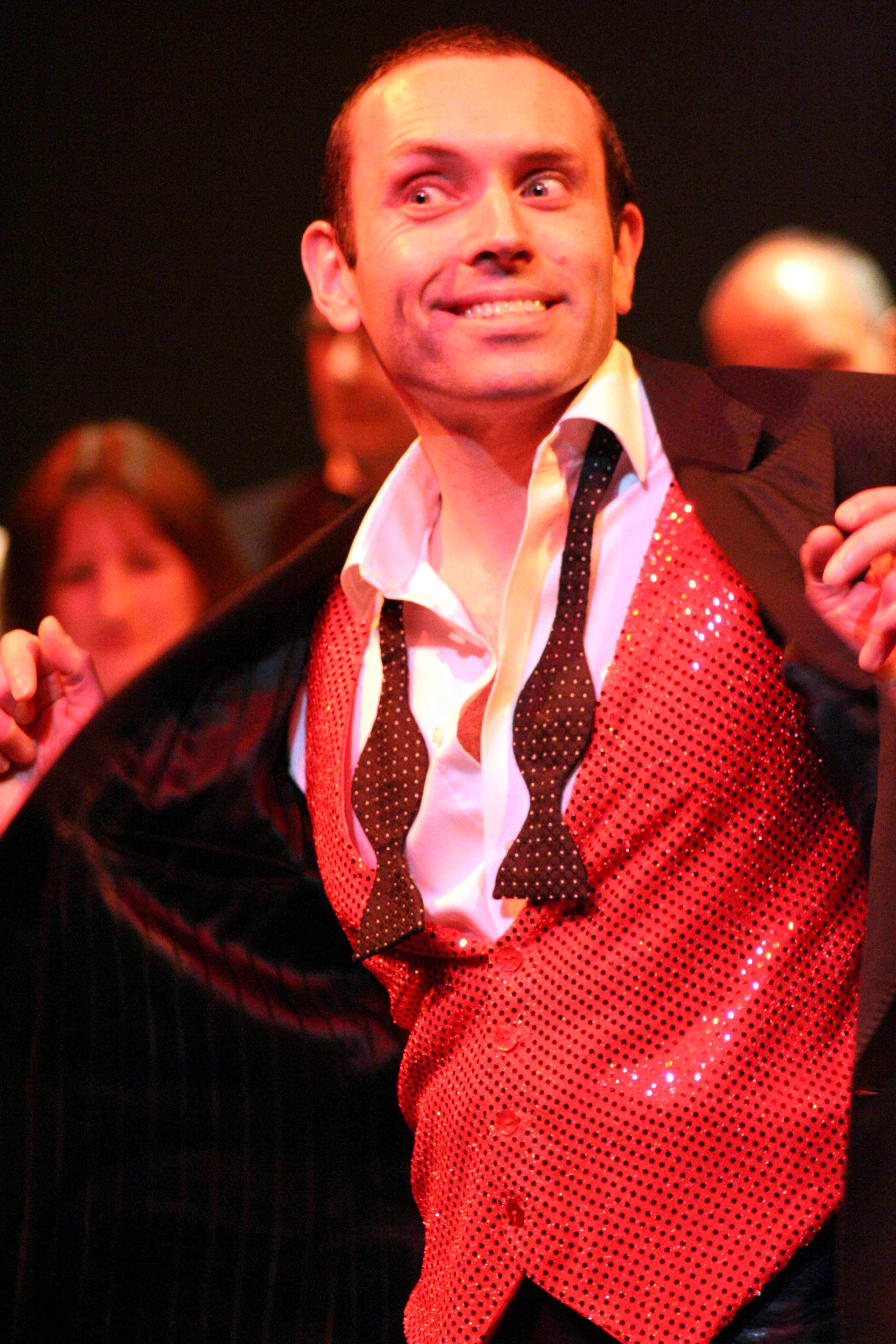 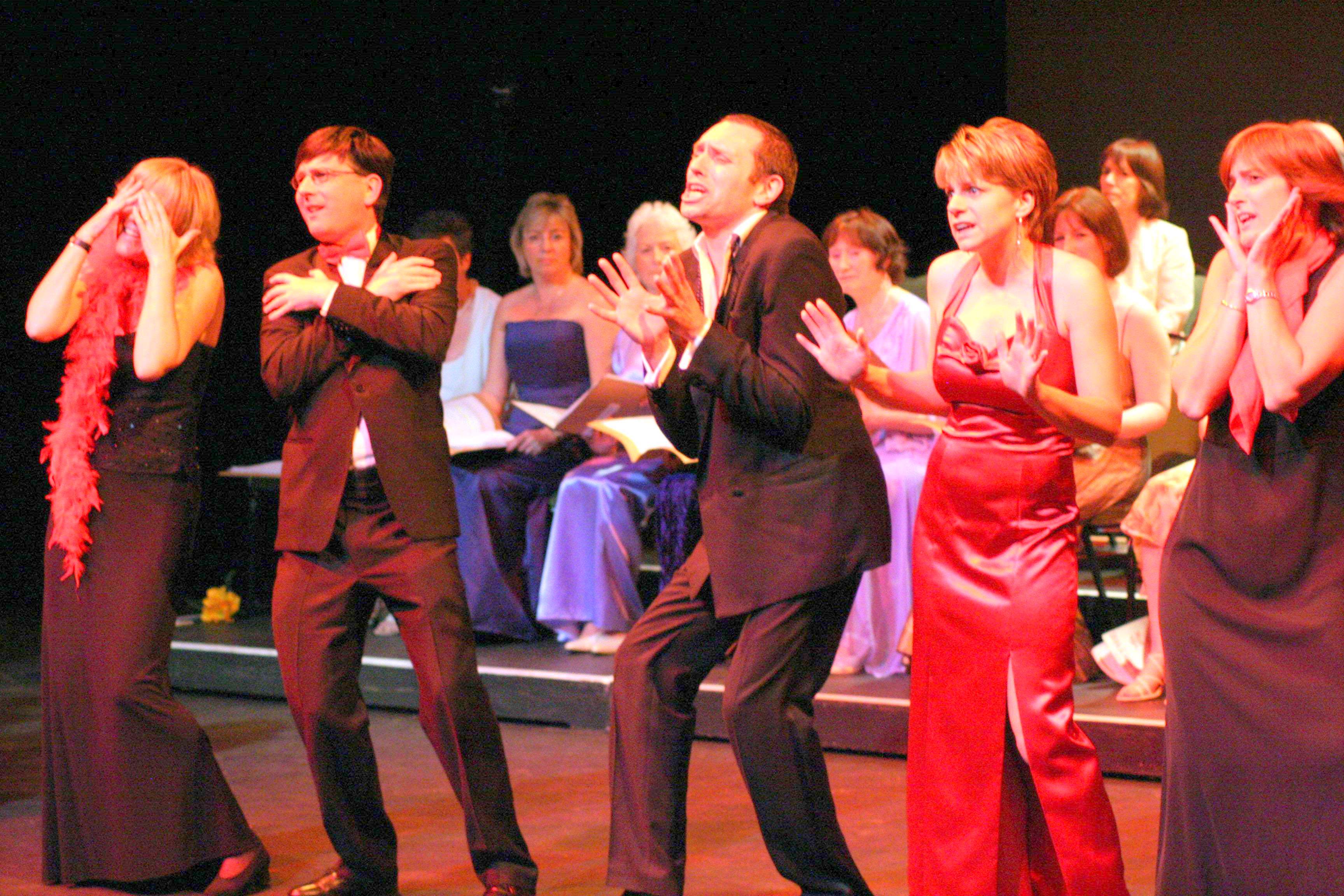 NODA Review : Reproduced with the permission of Joanna Silcox

This was a generally well-presented and performed evening’s entertainment from Opera Club; featuring many well known (and many other more obscure songs) largely from the Musical Theatre genre, with occasional interpolations from Opera/Comic Opera.

Opening to an atmospheric set with Kevin Stuart taking centre stage the first Act romped along with many stunning performances particularly from Sally Hatton, Hilary Jones, and Elizabeth Powell. It was in the latter part of the Act when the evening unfortunately came rather unstuck, with some very unexceptional renditions of songs from Gilbert and Sullivan’s Ruddigore and Sorceror. These appeared to be under-rehearsed and barely known by the performers, which was a particular disappointment to me as I am a great fan of G & S. Fortunately we were treated to a section from Carmina Burana for the closure of the first half and this was very well sung indeed. The second half contained some pretty pieces and I was particularly impressed with the opening from Children of Eden with fine performances from Chris Whitebread and Francis Radford; this bodes well for next year!

I felt that the overall concept of the show was essentially sound, with the book on stage right forming a focal point with flaming candles, and the pictures from it being projected onto the backdrop. In practice, however, the pictures from the book, while generally very competent, were far too small to be effective on such a vast canvas; some of the pictures were very twee and contrasted poorly with the atmospheric nature of the music and we were left wondering whether the show was advertising the book, or what?

Despite these criticisms, I felt that this was a genuinely entertaining evening, with many fine performances that were worthy of the Opera Clubs good reputation, and well worth the ticket price. The format is also one that should be encouraged- I feel it is far too common to see rough assemblages of music sung on the basis of “buggin’s turn”, and this is certainly something that did not apply here.

Director Lynda Barret made a good attempt at livening up the normally stale concert format with movement and an empathized theme, and together with the enthusiastic work of Musical Director Judith Gonsalves, this carried us through any minor hiatuses. Spectacular lighting and sound contributed significantly to the overall mood. The small concluding section from the company’s forthcoming show, Children of Eden, was ably presented by Director Helen Hardwick and Musical Director Angela Barker.

Many thanks to all of you for your hospitality, and an enjoyable evening’s entertainment